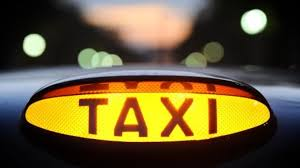 Dundee has been named as one of eight UK cities which have been chosen to move onto the next stage of a bid to win a share in the Office of Low Emission Vehicles‘ (OLEV) £20 million fund to increase the number of plug-in taxis.

Each shortlisted city on the list (which also includes cities such as Birmingham, Cambridge and Sheffield) will recieve £30,000 of government funding towards a feasibility study to support their bid, to be independently carried out by the Energy Saving Trust. Local authorities who did not make the shortlist will still be able to submit bids, but will need to cover the cost of their own feasibility studies, which will provide supporting evidence as to costs of developing low emission taxi fleets in each city, and the installation of charging infrastructure.

STEP is extremely supportive of Dundee’s bid, particularly as Dundee City Council are a core member of STEP through their representation of the Central and East Pollution Control Group.

Dundee currently has the highest number of electric taxis and private hire vehicles in Scotland, including the Dundee taxi firm 203020 who recently launched one of the UK’s largest electric fleets, comprising 30 Nissan LEAFs. Dundee City Council have also made great strides within their own fleet, replacing a large number of diesel vehicles with electric alternatives.

This trend continues to be supported by the recent expansion of the ECO Stars project within the city to include taxis and private hire vehicles, which helps operators manage their vehicles more efficiently, and reduce their impact on local air quality and the environment. The city is also undergoing an extensive programme of redevelopment, which provides an ideal opportunity to introduce the infrastructure that is required to encourage and support a large scale shift to low emission vehicles.

The government will announce the winning schemes in April next year; STEP wishes Dundee the best of luck.